Habitat pentru Umanitate Beiuş is building four homes for families with modest incomes in just nine days with the help of 200 volunteers. 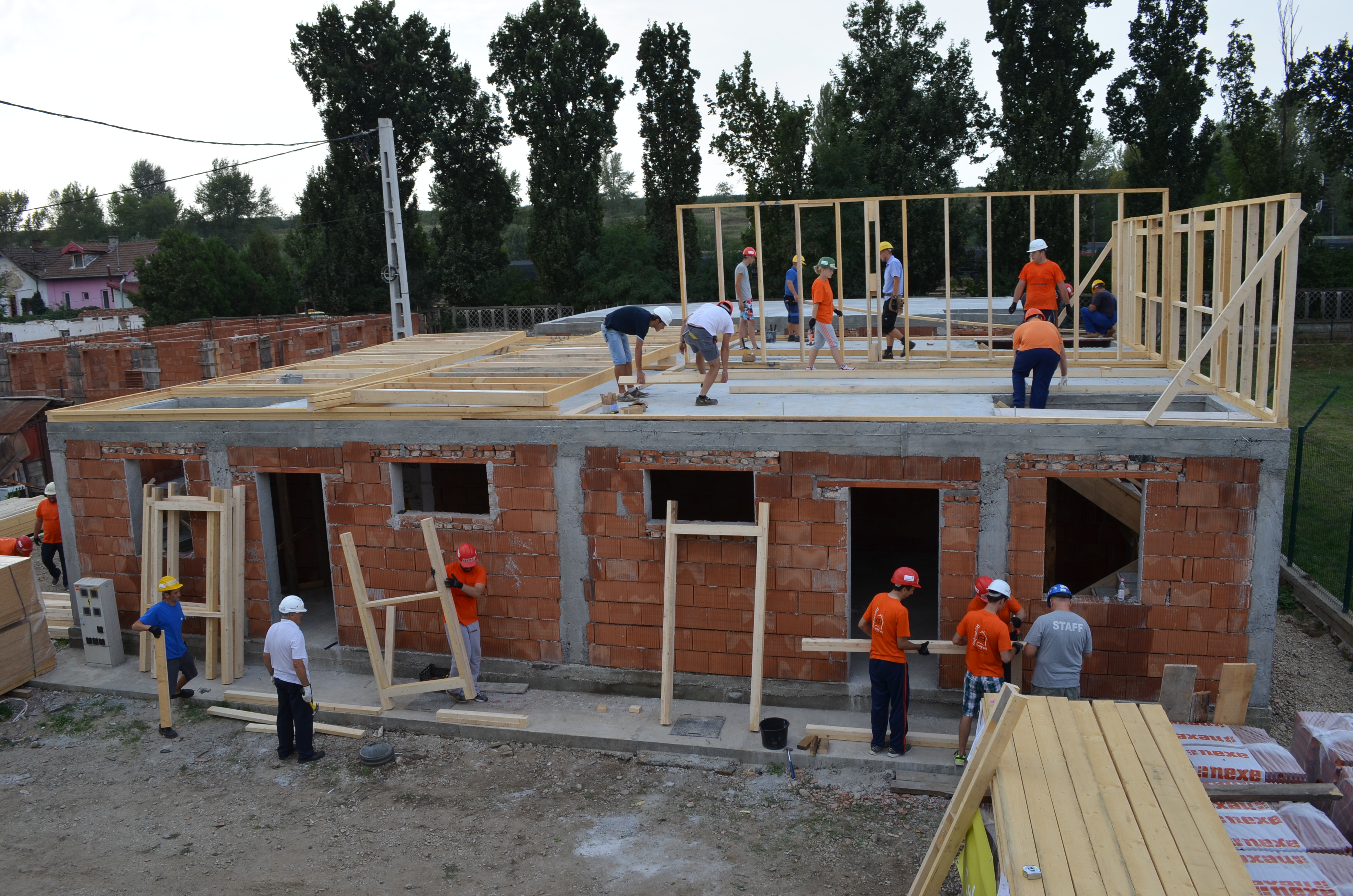 From 13th to the 23rd September, Habitat pentru Umanitate Beius will continue its 7 years of partnership with the company Celestica as they will build 4 homes in just 9 days with the help of over 200 of its employees. Celestica is one of the companies that has the largest involvement in CSR (Corporate Social Responsibility), annually receiving numerous awards at the local and national level for social projects that they’ve done in Oradea. Habitat pentru Umanitate Beius is amongst the first social partners with whom Celestica has been involved, having been supported by them in projects since 2010.

So far, 1,262 of the company’s employees have volunteered in the building of Habitat homes with another 200 employees giving a helping hand this year, where they will raise a further 4 homes in 9 days as part of the project “Home for a secure future” in Oradea. As a statistic, we can say that those from Oradea have carried out 10,096 hours of volunteer work, which equates to exactly 3 years, 5 months and 12 days for an employee who works 8 hrs a days. The company has contributed with finance and volunteer work for 7 new homes, 3 studio apartments and the raising of walls for 24 homes and the pouring of foundations for 11 homes.

“This is the fourth year in a row that I’ve participated as a volunteer in Habitat project and every time I look forward to coming back to hit some nails, to paint or to lay some roof tiles. The satisfaction is double, firstly that I’ve helped someone in need and secondly that I’ve learnt something that I’ve then been able to apply at home and the experience with colleagues has always been unforgettable!” says Alex, a volunteer at the project.

The beneficiaries of the homes this year are four families from Oradea who have long hoped to live in better conditions. Ionut and Ioana are a young family who live in a two room apartment along with parents and another two nieces who are in their care. This means that 6 people share 50m2. Another family, Adina (carer in a hospital) and Silviu (delivery driver in Oradea) have an income that only allows them to cover day to day expenses and to rent a 22m2 studio apartment. The third family, Calin, Anca and their two children rent a modest apartment. While Anca looks after the raising of their two children, Calin works two jobs from morning until evening, in order to pay the bills and to have a decent standard of living. Last but not least, Toni’s family have gone through the drama of losing their home as it was demolished in 1988 as the town was expanding and their home was in the exact place where a farm was to be built. The communist state gave them a different home but in 2012 they were evicted as their home was given back to the original owners. Since then, they’ve been renting.

For nine days, under the careful guidance of Habitat specialists, the volunteers and beneficiaries will work side by side as they cut wood, hit nails, raise walls and rafters, cover in roof tiles and insulate the four homes with polystyrene insulation. A home is 56m2 in size and is made up of a living room, kitchen and bathroom on the ground floor and two bedrooms on the first floor. The building is made up of 4 apartments built under the same roof.

More photos can be found in the facebook photo album using the following link: https://www.facebook.com/habitatbeius/photos/?tab=album&album_id=10154731836987334